President Muhammadu Buhari felicitates with the Nigerian born Kaycee Madu, who has been appointed Minister of Justice and Solicitor General for the Government of Alberta in Canada. Madu makes history as the first African born provincial Minister in Canadian history, and is also the Provincial Secretary and Keeper of the Great Seal.

Kaycee Madu, a Nigerian-born lawyer, has been named the minister of justice and solicitor-general of Alberta, Canada. But it is not just any other appointment.

With his elevation from his previous role as minister for municipal affairs, Madu is the first African to be appointed minister of justice — a “strong statement,” according to Jason Kenney, premier of Alberta. His appointment has been described as one that would bring the “needed perspective” and change in the justice system. 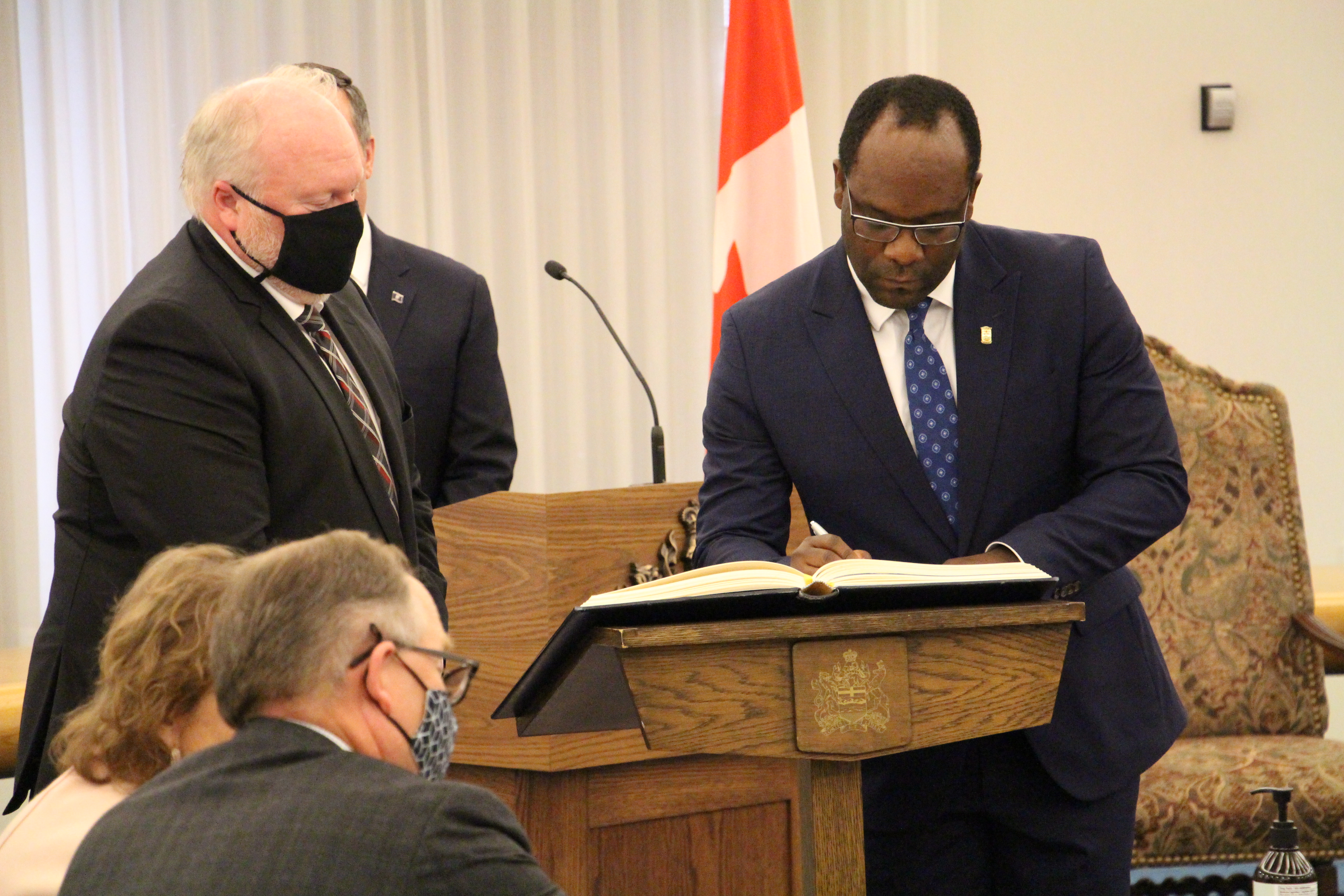 In the words of Kenney, “at a time when we are all more sensitive to the reality of racial prejudice, I think it is a strong statement that Alberta will have its first justice minister of African origin; first Black Canadian justice minister, attorney-general or solicitor-general.

“He is a man who has experienced racial prejudice first hand, and can bring that sensitivity to this important role.”

Since he left Nigeria 15 years ago, Madu has served in different capacities. He has worked for Legal Aid Alberta, and volunteered with the Edmonton Community Legal Centre and the Lawyer Referral Program of the Law Society of Alberta.

The lawyer had his tertiary education at the University of Lagos where he studied law before he was called to bar in the early 2000s.

In 2005, he and his wife — who also studied law — migrated to Canada where they have been practising.

Tisel Law Office, their law firm, was established to “provide high quality client-focused legal services as we place the client first, and will work with you to find the best solution for your legal issues.”

In addition to his legal practice, he has also acquired years of experience in the public service in Alberta; he once worked as a senior technical advisor for the Government of Alberta in areas of legislative and regulatory reviews, operational and strategic public policies, issues management and stakeholder consultation.

He was elected to the legislative assembly of Alberta in April 2019, and was later appointed minister of municipal affairs. In 2009, barely four years after arriving in Canada, he was part of a team that received the Premier’s Award of Excellence award (bronze medal category), a recognition preserved for “Alberta Public Service employees as well as select boards, commissions and agencies for superior client service and business-excellencepractices.”