“The National Environmental Standards and Regulations Enforcement Agency, NESREA has sealed off a Chinese Gold Mining Company, Hongao Mining Company Limited located in Kutasa Community of the Abuja Municipal Area Council of the FCT for contaminating the water in the community,” the agency tweeted.

The company ruined the water source of at least six communities in Karshi.

Investigation showed how the company operated with water from a stream in Kutasa in Karshi area of the FCT, under the protection of officers of the Nigerian police force.

According to Correspondence report, the company was mining gold illegally, a claim Mohammed Bello, the FCT minister, later confirmed to be true.

The stream is the only water source for at least six communities in the area. The villagers, mostly farmers, said some of them drink from it. 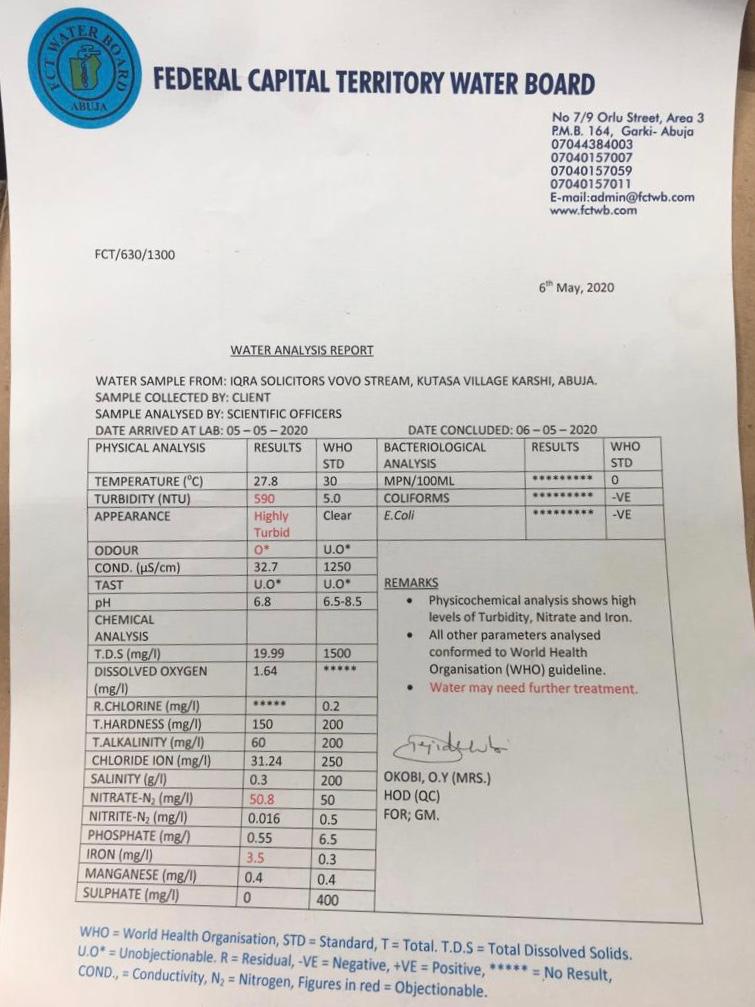 Result of the analysis done by FCT water board

A laboratory analysis carried out on the water confirmed that it was highly turbid and unfit for drinking.

In the analysis done at the FCT water board, Okobi O. Y. who signed the report on behalf of the general manager, said the “physio-chemical analysis showed “high levels of turbidity, nitrate and iron and that the water may need further treatment”.

Austine Akpuma, a director at Hongao, had admitted the company was using the water in washing excavated stones, but he gave security challenge as an excuse for not providing a borehole since they started operation in 2019.

After TheCable uncovered the operations of the mining company, many Nigerians condemned its actions, calling on relevant authorities, including the national assembly and the FCT authorities, to investigate the issue.

TIMELINE OF EVENTS SINCE THE COMPANY WAS EXPOSED

Since TheCable first published the report on July 7, various government agencies have taken steps in response to issues raised.

Below is a timeline of the events that followed: